To begin, can i make it abundantly clear, that i am NOT this hammy faker that was friends with wizard a couple years ago, i'm the other one.

Hello! my username is hamham1111 but my nickname is Hammy, a few people call me ham though, take your pick. My past aliases are Ham and Borealis
I'm currently a no lifer, I've been around for a while on and off. I live in England in a small town, and i attend education regularly so i cant always input the amount of time id like to.
I'm currently 15, with my birthday being early September. A few people say that i act older though, thanks guys

I don't really have any hobbies, apart from gaming, which is what i currently spend most of my life doing.
I really like how Craftland is a reasonably quiet server, where most people know eachother, and i dislike how you nolonger need to be mentor'd to become vip, as you now have lots of vip's with no idea what to do.
I built a project called Biocircles, which you can see at /warp biocircles
It was recently griefed though so i have moved on to another project, which i will announce after completion. 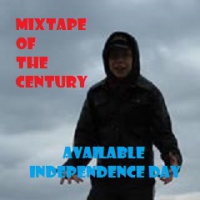 Hammy the Hamster is that you?
They call me the defuse kit cuz I last 5 seconds.

Return to “Introduce yourself”

Users browsing this forum: No registered users and 1 guest