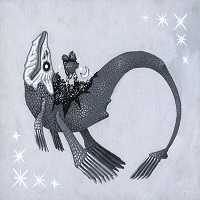 hey everybody,
it has been a long time and i hope everyone is doing great. The time I played on this server was I good time and I think the team is really trying to do their best. We all know we are not perfect so not everything is perfect but trying to get there is always good

Pig I got one simple request, feature wise, please do some kind of an update to the redstone system in a whole.

as simple as that

I would love to see my giant roulette game and pacman working xD In general its already really great but there is sure something...

I wish you all a great mining and see you some time.

make the gui aso more "vanilla"
add 1.9 - 1.13 snapshot stuff
craftable weapons whose parts you can only obtain througt dungeons (maybe with aoe effects?)
new enchantments
more aether 2 stuffs (like the new models)
improve wolfs teleporting to you in every dimension, upgradeable and not being dead forever
(same with cats)
new kinds of pets
Top 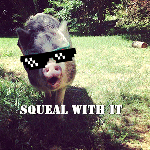 The pet update is coming at some point!

Tinkers construct would be a massive pain to add, alongside any mod to be honest. We want more core ideas behind mods than mods themselves, as its easier to create our own mods that fit with craftlands existing base already.

AE2, craftland is and wont be a tech server. Its not for machinery and complicated

Jumping with valkyrie armour like a moa has crossed my mind a few times, might implement like a double jump idea with it, and reduce its armour protection, muahahahaha

New dungeons kill the coders. Nide did most of the pirate dungeon, then I finished it off, and just finishing it off killed me. I want to get two done this year though

There is so much content on Craftland, but how do we show that off to new players.

Again though craftland is still a wonderful server its just bland now and needs new content and revamped on things that have already been stated, besides that the server is as good as it gets!

Bronze is meant to be the easiest dungeon in the entire game, it shouldnt be difficult, and is only there for new players to get some basic gear. I might improve the loot a bit and make it a tiny bit harder, but I dont want to change it much.

What kinda stuff does the flesh lich boss need as loot? I just added a bunch of new stuff in the loot update.

I agree a redstone update is needed, loads of our redstone is broken in some way, but fixing it basically means we need to rewrite it. I might just look at the latest (or kinda latest) vanilla redstone code and port it to our version.
Also add some basic redstone circuit blocks, so it does it all in one block, similar to red power. We'll see about that though, no promises.

The GUI more vanilla? What do you mean? If if the U menu and stuff that wont be changing to a vanilla design. Vanilla design is huge bold annoying buttons and labels, easy for anyone of any age to use, impossible to fit more information than a 2000 era smartphone.

1.9 and 1.13.... so turtles? Vanilla minecraft is just adding so much fluff nowadays that I really dont see the point of adding it.

Weapon parts and that kinda crafting I like more to tinkers construct. Tinkers has so many combinations that its annoying to add. If I simplify it to a parts system - which is basically tinkers anyway - then i'd probably be more likely to add it.

Wolfs and stuff will be improved by the pet system, which has been coming soon for about 3 years.

Saying that, with an armour rebalance, shield improvement, and pet update, the inventory itself could do with a little makeover.